CBD: Is It the Real Deal or Snake Oil?

Written By Skaggs Chiropractic on December 9, 2019 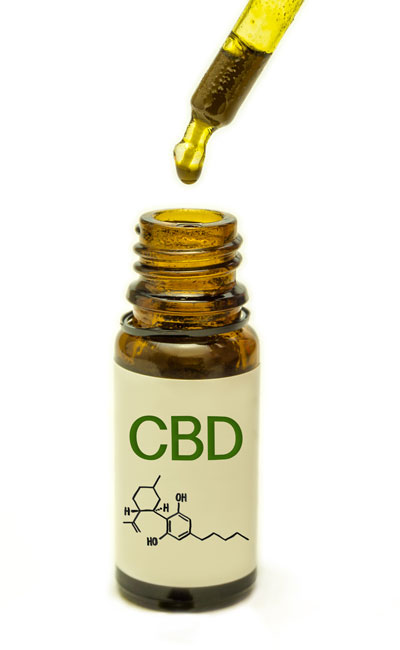 Cannabidiol (CBD) in widely becoming available in all 50 states by the grace of the FDA. CBD is a non-psychoactive ingredient in cannabis, because it is not psychoactive the FDA has lifted its prohibition on the use by the general public. It is becoming popular in the pharmaceutical, nutraceutical and herbal preparations.

CBD has many advantages over opioids, the major being it is non-addictive with momentous therapeutic characteristics. But with everything we put in the human body either in abnormal amounts or the substance being foreign there maybe trade offs or side effects, CBD is no exception.

Cannabidiod was first discovered in 1940. It is one of 113 cannabinoids in cannabis. It accounts for approximately 40% of the plants extract. Clinical studies to date have included studies for anxiety, cognition, movement disorders, epilepsy, rheumatoid arthritis, PTSD, sleep disorders, alcoholism, cardiovascular diseases. Some studies are demonstrating promises for antibiotic-resistant infections and of course chronic pain levels in the human body. MRSA should be first on your mind. CBD oil may be taken orally, topically (across the skin), in edibles, tinctures, extracts and capsules. Most patients report a relaxing sensation after taking CBD.

CBD possess a potent antioxidant, anti-inflammatory, anti-spasms, anti-convulsant, antipsychotic, anti-tumoral and has neuro-protective properties. It is the neuro-protective properties may prove effective in the treatment of Multiple Sclerosis, Parkinson's disease and Alzheimer's.   CBD has been noted as directly activating serotonin receptors, yielding a anti-depressant effect on the patient.

Simply, because CBD has been released on the market, the research can't keep up with the claims made by those who sell CBD. I personally have heard claims that CBD can help with opioid withdrawal symptoms. If you have ever seen anyone go through withdrawal, CBD is not going to cut it and I would not recommend this course of treatment.

CBD may increase your bleeding times, especially if you are on a blood thinner. CBD and other cannabinoids have a potential to interact with many pharmaceuticals by inhibiting the activity of CYP450 or cytochrome P450. CYP450 is a family of enzymes in the liver and the digestive system. This enzyme metabolizes most of the common drugs prescribed and consumed in the US today, which is approximately 60% of the marketed pharmaceuticals.

There is a reason why an aspirin doesn't last you your entire life. CBD and CYP450 deactivate each other, this is potentially endangers the patient taking blood thinners, high blood pressure, and stimulants. Research further demonstrates that CBD is metabolized by cytochrome P450 enzymes while functioning as a competitive inhibitor on some other enzymes in the liver. This metabolism can change and is dependent on the amount of CBD administered and how often the patient utilizes the CBD.

There are some claims floating around that because tetrahydrocannabidinol (THC) is degraded by the same enzyme that taking CBD before ingesting THC will amplify the psychoactive effects of THC. At the time of this writing,  I could not find any data to support that claim.

Can I be tested after taking CBD and be positive for using marijuana? YES you can!   Remember the claims made by salespersons? They will tell you anything to sell you their product.

So let's be perfectly clear, the U.S. government defines marijuana greater than 3% THC to be illegal. So, what we know as hemp today is not illegal to grow and remains legal in the seedling and vegetative states. It is the flowering stage where a cannabinoid known as cannabigerolic acid (CBGA) begins to form and is the precursor for THC and CBD. Technically, there is little or no THC in weed that is not in the flowering stage.

However,  one must understand that during the distillation process to remove the CBD that if there is any THC that THC may survive the process. Remember the magic number 3%, and if the testing processes are specific and sensitive enough, you may test positive. The testing process doesn't differentiate how much THC is present, just that there is THC present. There are some employers required to use the expensive specific and sensitive testing such as the transportation industry etc. Think about it your livelihood, license, employment, it could be dependent on THC showing up in a test. How long you ask? 30-45 days in urine testing, 60 to 75 days in blood test, and up to 90 days in a hair follicle test.

Conclusions, talk to your medical doctor, discuss your medications with them and the possibility of drug interactions. Be upfront and honest with your physician. Discuss the size of the dosage, recommendations very a great deal and are generally based on body weight.

Find a reputable store to purchase from, yes there is one on every other corner, and everyone is trying to cash in on the movement. If the sales person is talking too fast and not offering research to back up their claims, turn around and walk out. I don't usually make recommendations, but I am making an exception in this case. Alice CBD on North East Road in Webb City is the only shop I would begin to recommend. I have found that Alice has done her homework, she has educated herself as far as her products.

Chiropractic should always be your step in your quest to relieve pain. Skaggs Chiropractic, LLC maybe your answer for pain relief instead of CBD.

Why Us Your First Visit Joplin Chiropractor

Disclaimer: No individuals, including those currently under our active care, should use the information and/or resources contained here within to self diagnose or self treat any health related condition(s). Diagnosis and treatment of all health conditions should only be performed by your doctor of chiropractic or other licensed health care professional